We spent time interview their R&D team to get the lowdown on the new technology in the Stroke Lab putters which we have seen Phil Mickelson and Danny Willett, among others, using.

Back in Leeds, we went over to Moor Allerton to spend some time on the course with three of the new models.

Odyssey believe their Stroke Lab technology is a huge breakthrough and will improve the consistency of your putting.

But what is it? How does it work? And how is it going to finally put an end to your three-putting?
Odyssey Stroke Lab putters review – First impressions

Odyssey are the number one putter brand on tour and much of that is down to the way they offer all their performance enhancing technology in a wide-range of headshapes.

They’ve focussed a lot on alignment and face technology over the past few years.

They introduced the two-ball, black and white Versa tech and more recently inserts like the white hot and microhinge versions.

All the while still having dozens of headshapes to choose from.

But now the brand, part of Callaway for those who didn’t know, have moved in a new direction focussing on shaft technology.

So the theory is that most putter brands, including themselves, have been focussed on trying to improve the performance on mis-hits rather than focussing on improving the stroke and consistency of the stroke.

And their answer to that is their Stroke Lab shaft technology.

But what is it and how does it work?
Odyssey Stroke Lab putters review – The technology
The new Stroke Lab line of putters incorporates a method of weight distribution designed to improve the physical dynamics of the stroke.

This change in weight distribution made possible by an innovative new shaft.

The Stroke Lab shaft is a full 40 grams lighter made possible by an innovative new multi-material design that combines a graphite body with a steel tip.

Most of the mass is concentrated in the tip but there’s two sole weights in the head and more added to the end of the grip.
Odyssey say the effect of this weight distribution is improvements in the consistency of backswing time, face-
angle at impact, ball speed, and ball direction.

I love the idea of these putters and if there’s not an Odyssey headshape you can get along with then I suggest you book yourself in for a lesson asap.

These also look premium as well which is an important factor considering the price.

I tested three heashapes out – #7, #3 and a Double Wide – at Moor Allerton in December.

The greens were quite wet and slow but I was very impressed with how the ball was rolling and it wasn’t an effort to get it up to the hole at all.

Myself and the team have been doing a fair bit of indoor testing with these as well and everyone loves the feel off the face and the consistent roll.

Out of the three headshapes, the #7 is the one for me as it has blade-like precision while still offering a bit of stability and forgiveness.

So does the Stroke Lab technology work?

Well, it’s far too early to draw any meaningful conclusions as I think you’d need to do a lot of testing with a Stroke Lab putter and compare the data with a putter which doesn’t have that tech.

What I can say is that these three putters all seem to be working very well but we’d like to put them through their paces a bit more before concluding they are going to change our games.

As well as out own testing we will also wait and see how many tour players put Stroke Lab putters in their bags.

Because if the technology works as well as Odyssey say then you’d be a fool not to use it right?

Either way, it’s nice to see a brand investing in trying to help golfers improve rather than just trying to improve the performance of their bad shots.

We’ll come back to you with results from some more in-depth testing later in the year.
Odyssey Stroke Lab putters review – The details

More information can be found on the Odyssey website. 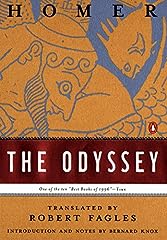 Great product! (as of November 30, 2020 - More infoProduct prices and availability are accurate as of the date/time indicated and are subject to change. Any price and availability information displayed on [relevant Amazon Site(s), as applicable] at the time of purchase will apply to the purchase of this product.) 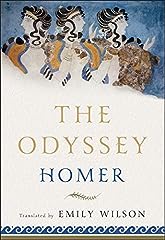 (as of November 30, 2020 - More infoProduct prices and availability are accurate as of the date/time indicated and are subject to change. Any price and availability information displayed on [relevant Amazon Site(s), as applicable] at the time of purchase will apply to the purchase of this product.) 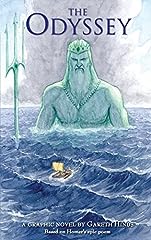 Candlewick Press MA (as of November 30, 2020 - More infoProduct prices and availability are accurate as of the date/time indicated and are subject to change. Any price and availability information displayed on [relevant Amazon Site(s), as applicable] at the time of purchase will apply to the purchase of this product.) 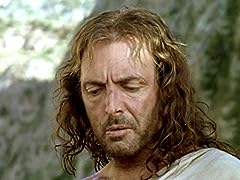 (as of November 30, 2020 - More infoProduct prices and availability are accurate as of the date/time indicated and are subject to change. Any price and availability information displayed on [relevant Amazon Site(s), as applicable] at the time of purchase will apply to the purchase of this product.)

Dis they say anything about it breaking in the graphite section? Putting is sometimes frustrating

Looks great. Makes sense, basically a counterbalanced setup but as close as possible keeping the same overall weight. Not many advances in putter technology over past few years? How about Evnroll groove technology ? And even older, Ping’s groove technology?

I have played two rounds with my Stroke Lab. I changed from a 15 year old two ball, so I’m still getting used to it. The club just feels different that other putter, and I like the way it feels. It seems easier to get shots closer, and for some reason, I don’t have to swing as hard. Great club

This looks very similar to the Stability Putter Shaft from Breakthrough Golf Technologies, which was designed to reduce dispersion on longer Putts and to cope with the heavy Putter weights that we have now.
Also I’m not sure that I can agree with your comment about a lack of breakthrough technology in Putter design. If anything Putters in recent years have seen more improvements and breakthroughs than any other club in the Bag. I would suggest that you look at the 2019 Putter range from Evnroll for example if you want to see design breakthroughs. Their variable groove technology and their new Gravity Grip represent IMO far more tech developments than we have seen in the recent Driver released, despite all the Marketing noise from TM & Callaway. And that technology advance in Putters will have a bigger impact on Golfers scoring than a few extra yards from a new Driver.

Changing putters is just chasing a dream imo. There is a reason why the pro’s rarely change their putters…

I like the look, IMO I don’t think the shaft will make much of a difference. Can’t go wrong with a good Odyssey putter.

Lots of attention on new drivers but I suspect something like this could do a lot more to drop scores than the big stick.

What does the insert feel like? Is it former than the o-works line? Sound? Clicky?

Maybe you should use the word “align” instead of “aim”. It is impossible to aim a golf club.

If it will help it’s got to be a good thing, wait to see the test results!